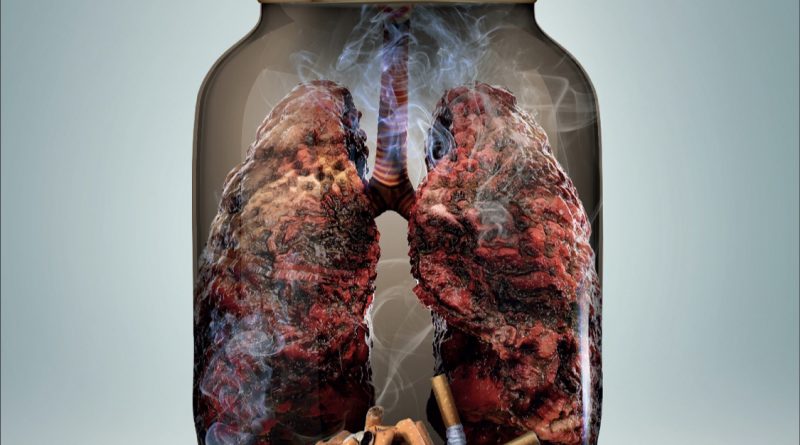 Lung and respiratory diseases are some of the major reasons behind premature deaths worldwide. According to World Health Organization (WHO), among the top five reasons of deaths world, two were lung and respiratory complicacies [1]. Tobacco use and secondhand smoke create Lung cancer, Chronic Obstructive Pulmonary Disease (COPD), Tuberculosis and Asthma. Tobacco kills more than 8 million people each year [2]. Exposure to secondhand smoke kills another 1 million [2], a considerable part of which are children. Tobacco is the fifth major reason behind premature deaths in Bangladesh [3], contributing to more than 126,000 deaths a year [4]. With the deaths, illness and disabilities caused by it, tobacco is slowing down Bangladesh as well as the world in its journey towards a Sustainable future. A sustainable future will be one without tobacco.

Every year since 1987, on 31 May, WHO and partners mark World No Tobacco Day (WNTD), highlighting the health and other risks associated with tobacco use, and advocating for effective policies to reduce tobacco consumption.

⇒ Increase awareness about the negative impact that tobacco has on people’s lung health, from cancer to chronic respiratory disease.
⇒ To provide call to action, advocating for effective policies to reduce tobacco consumption and engaging stakeholders across multiple sectors in the fight for tobacco control.
⇒ To encourage countries to strengthen implementation of the proven MPOWER tobacco control measures contained in the WHO FCTC.

Tobacco has direct connection with each of the lung and respiratory diseases. Lung cancer is the most prevalent form of cancers [5] with 1.8 million deaths worldwide a year [2]. Cigarette smoking is the number one risk factor for lung cancer [6], responsible for over two thirds of lung cancer deaths globally [2]. Tobacco users are 22 times more likely to develop lung cancer [2]. The more years a person smokes and the more cigarettes smoked each day, the more risk goes up. Tobacco smoke is a toxic mix of more than 7,000 chemicals. At least 69 are known to cause cancer in people [7]. Exposure to secondhand smoke increases the possibility of developing lung cancer by 30 percent [2].

Tobacco smoking is the leading cause of chronic obstructive pulmonary disease (COPD), a condition where the build-up of pus-filled mucus in the lungs results in a painful cough and agonizing breathing difficulties. The risk of developing COPD is particularly high among individuals who start smoking at a young age, as tobacco smoke significantly slows lung development. Globally, it is estimated that 3.17 million deaths were caused by COPD [8]. More than 90% of COPD deaths occur in low and middle income countries. The Global Burden of Disease Study reports a prevalence of 251 million cases of COPD globally in 2016 [8].

Tuberculosis (TB) damages the lungs and reduces lung function, which is further exacerbated by tobacco smoking. About one quarter of the world’s population has latent TB [7], placing them at risk of developing the active disease. People who smoke are twice as likely to fall ill with TB [2]. Active TB, compounded by the damaging lung health effects of tobacco smoking, substantially increases risk of disability and death from respiratory failure. In 2017, 1.6 million people lost their lives because of TB and 10 million people fell ill with the disease [9]. More than 20 percent of global TB incidence may be attributable to tobacco [2].

Asthma is a chronic disease of the air passages to the lungs, which causes inflammation and recurrent attacks of breathlessness and wheezing. WHO estimates that 235 million people currently suffer from asthma [10]. Inhaling tobacco smoke is one of the major triggers for asthma to develop and/or worsen. In people living with asthma, tobacco smoking further restricts activity, contributes to work disability and increases the risk of severe asthma requiring emergency care. Around one in nine asthma deaths can be attributed to tobacco smoking [2].

Not only cigarette and bidi, smokeless tobacco products, i.e. jarda, gul, sadapata, also do irreparable damage to lungs. Smokeless tobacco products contain at least 30 carcinogens [11]. These products contain Nitrosamines which directly contribute to development of lung cancer [12]. Tobacco smoke is a very dangerous form of indoor air pollution. Though smoke may be invisible and odorless, it can linger in the air for up to five hours, putting those exposed at risk. Infants exposed in-utero to tobacco smoke toxins, through maternal smoking or maternal exposure to second-hand smoke, frequently experience reduced lung growth and function. Young children exposed to second-hand smoke are at risk of the onset and exacerbation of asthma, pneumonia and bronchitis, and frequent lower respiratory infections. Globally, an estimated 165 000 children die before the age of 5 of lower respiratory infections caused by second-hand smoke [7].

Bangladesh: The Future is Dark

The public health, in particular the lung health in Bangladesh, the 8th largest cigarette market in the world is in disarray. According to Global Adult Tobacco Survey 2017 data [13], currently 35.3 percent (37.8 million) of adults in Bangladesh use tobacco. 8.1 million people become victim of passive smoking at work on a regular basis. Almost 25 million adults are exposed to passive smoking while using some public transport. Still about 48 million (39%) Bangladeshis are exposed to passive smoking at home,with the majority being women. According to WHO, 12 percent of all the deaths in Bangladesh is attributable to cancer [14]; the majority of which are lung cancer deaths. 12.5 percent of total adult population is suffering from COPD [15]. 10 percent of the total deaths can be attributed to Chronic Respiratory Diseases [14]. 28 percent of all tobacco related diseases are also attributed to Chronic Respiratory Diseases [16]. According to Health Bulletin, published by Directorate of Health, there has been a surge in tuberculosis among children (4.3 percent in 2017 and 2.8 in 2013)[17]. A recent study conducted among school children of Dhaka has found out that 95 percent of school-going children have higher nicotine in their body which is undoubtedly a result of passive smoking [18].  Another study has revealed the excruciating fact that child laborers constitute 50-70 percent of bidi factories’ workforces [19].

According to WHO, tobacco kills 1 person in every 4 seconds worldwide [2]. It is estimated that by 2030, tobacco will kill 10 million deaths, 70 percent of these deaths will occur in developing countries like Bangladesh [20]. Majority of these deaths will be attributed to lung cancer, COPD and tuberculosis. The tobacco related deaths are still high due to the widespread availability of tobacco products, the high prevalence of tobacco use and the absence of mechanism to reduce tobacco use, rendering the recent advancement in medical technology futile.

Measures to be Taken

The prevalence of tobacco use in Bangladesh has reached an alarming stage. The following measures can be adopted to reduce deaths and illness related to lung and respiratory diseases and to make Bangladesh tobacco-free by 2040:

• Tobacco products have become very cheap and available due to the absence of effective pricing and taxation measures. To reduce the use of tobacco, tobacco items need to be brought beyond the purchasing power of the youth and the poor of the country. If the following proposals are adopted, it will reduce the prevalence of cigarette smoking from 14 percent to 12.5 percent and the prevalence of bidi smoking from 5 percent to 3.4 percent. It will also reduce premature deaths by 1 million among current smokers in the long term and will generate between BDT 66.80 billion and 119.80 billion (or 0.4 % of GDP) in additional tax revenue.
➢ Bring the number of price slabs down to two (Taka 50 & 105) from four (Taka 35, 48, 75 & 105). Merge the low and medium tier (35 and 48 taka tiers) under a single tier (low) and high and premium tiers (75 and 105 taka tiers) under another single tier (high). Introduce a 65 percent supplementary duty and a specific tax of 5 taka per 10 sticks for all cigarettes tiers.
➢ Eliminate the price distinction between filtered and non-filtered bidis. Set the retail price at 35 taka per pack of 25 sticks; and impose 45% supplementary duty and add a specific tax of 6 taka.
➢ Eliminate the old Tariff Value system in Smokeless Tobacco (Jarda and Gul) and change the tax base to the retail price alike cigarette and bidi. Set the retail price of 35 taka per 10 grams of jarda and 20 taka for 10 grams of gul. Impose the supplementary duty to 45% of retail price and add a specific tax of 5 taka per 10 grams of jarda and 3 taka per 10 grams of gul.
• The legalization of ‘Designated Smoking Areas’ among public places in the Smoking and Tobacco Products Usage (Control) Act has weakened the move to eliminate secondhand smoke exposure. The law must be reformed to eliminate the scope for designated smoking areas among public places.
• Graphic Health Warning must be printed on tobacco products packs in the very way the Law dictates.
• The money collected from Health Development Surcharged must be channeled to National Tobacco Control Policy and Strategy to ensure the total implementation of tobacco control law. 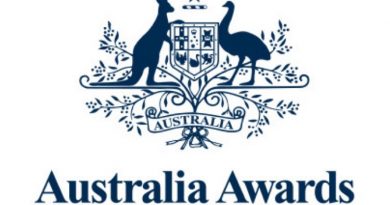 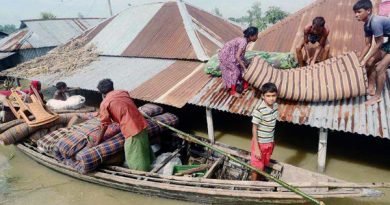 Treatment and to do during in Flood 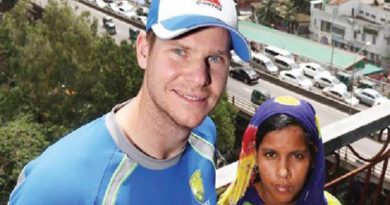