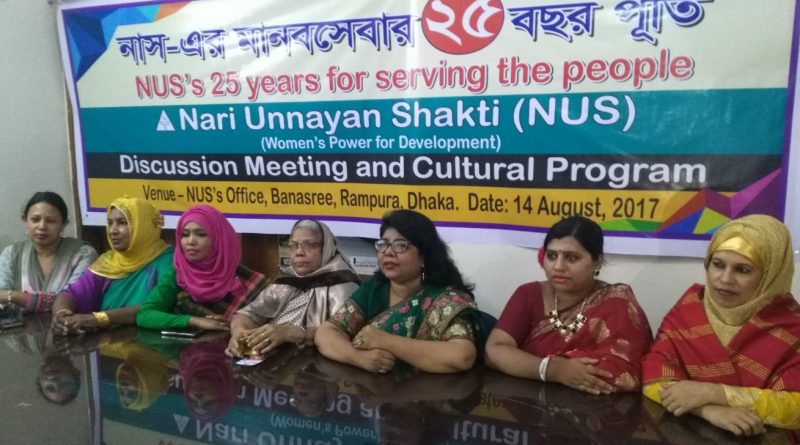 Nari Unnayan Shakti (NUS) has been working for the well being of women, children and poor people to develop their life skill and healthcare services since 1992. In the current year, we are providing  Basic literacy Program for 72,000 adult learners. As the same time, Nari Unnayan Shakti (NUS) is providing vulnerable group development among 2,550 women in Rangunia and Hathazari upazila under Chattogram district.

Under the project “Empowering the slum women and girls through reducing gender based sexual and domestic violence in family and community” Nari Unnayan Shakti (NUS) has invited the journalists to write articles on combating violence against women. In response of that, 57 articles and 15 TV reports published and broadcasted in their respective media among the articles and TV report consider as the best reporting.

The award giving ceremony will be held on 21st May 2019 at 11.00 AM at the Johur Hossain Chowdhury Hall, National Press Club, Dhaka, registration will be started from 10.30 AM. The Honorable State Minister of Ministry of Social Welfare has given his kind consent as the Chief Guest of the event.

You are cordially invited to join at the ceremony as the honorable guest to award the journalists and cover our program at your popular media. Your kind support is always appreciated.

Is it Surrender to Multinational Syndicate or a Planned Game?

“Rehabilitation of Rana Plaza Survivors: From Despair to Hope”