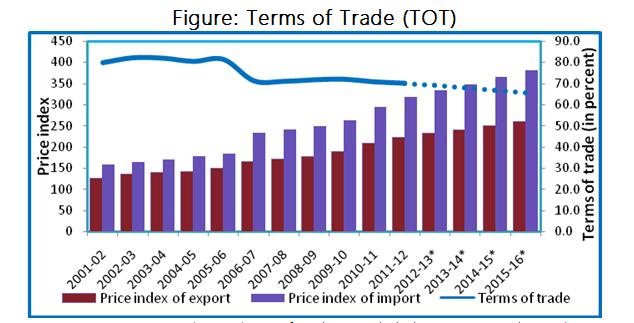 NGO News Report :: The Unnayan Onneshan, an independent multidisciplinary think-tank, in its latest monthly economic update reveals that the country’s terms of trade have been deteriorating unabated, reflecting a major structural weakness of the economy.

Explaining that the terms of trade are influenced by a number of factors, the research organization says that the deterioration means that the gap between country’s dependency on export of low- value products and import of high-value products are increasing, disfavouring the rise of export prices comparative to import prices.

Referring to the dominance of seven low-value labour intensive export items of the country, the research organisation also states that although exports of woven garments, jute goods increased slightly in FY 2012-13 compared to the previous FY 2011-12, the exports of frozen food, knitwear, raw jute, chemical products, engineering and electric goods, and tea witnessed a decline compared to FY 2011-12.

Of the main five import items, excepting food grains, the remaining four – crude petroleum, raw cotton, capital machinery and iron, steel and other base metals – are, on the other hand, comparatively high-value industrial goods, adds the report.

Urging for a structural shift and transcending from the current practice of government taking policies on an adhoc basis, the Unnayan Onneshan suggests to opt for coordinated monetary and fiscal policies by way of fiscal incentives, subsidies and tax breaks to embark upon technological catching up and manufacturing high value-added products to stave off further deterioration of terms of trade.

The think-tank, however, observes that surplus achieved through reducing import of raw materials and capital machinery for its industrial sector may not be considered a blessing and this surplus has also appreciated the national currency, leading to loss in export competitiveness.  The import of raw materials and capital machinery declined to USD 6408 million in FY 2012-13 from USD 11268 million in FY 2011-12, making a negative growth of 43.13 percent. The Taka has appreciated by 0.01 percent at the end of August, 2013 compared to July, 2013. 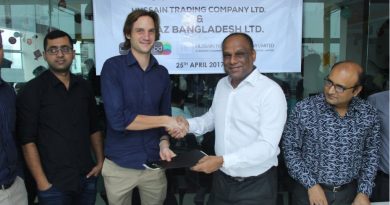