NGO News Desk :: The Unnayan Onneshan, an independent multidisciplinary think-tank, in its current issue of the Bangladesh Economic Update observes that the prescribed measures of the Monetary Policy Statement (MPS) keep the major macroeconomic challenges – declined rate of growth in gross domestic product (GDP), pressure of inflation, and imbalance of external sectors – unabated.

“The successive MPSs have restrained the productive growth-conducive activities by way of hindering access to credit to the private sector and declining the import of raw materials, intermediate goods and capital machinery. This has further compromised the achievement of targeted growth against the backdrop of slump in investment and declined rate of growth in GDP,” notes the repaid assessment on the MPS, announced by the Bangladesh Bank on Thursday.

The central bank put a reduced envelope of 18.3 per cent in December 2012 for the private sector and even then the actual flow stood at 17.4, almost one per cent below the target and was the lowest during the last four years. The import of capital machinery and industrial raw materials fell by 28 percent and 6.31 percent respectively during July-November of the current fiscal year.  Even the Bangladesh Bank doubts the achievement of the targeted growth of 7.2 per cent for the current fiscal year. The average inflation remains high at 8.74 per cent in December 2012 against the target of 7.5 per cent and non-food inflation has increased from 11.15 percent in June to 11.45 percent in December, 2012.

Referring to 0.5 per cent reduction of the policy rate and 0.5 per cent increased projection of credit to the private sector, the leading think-tank says that such move may ease the credit availability of a sort, but would not pull investment to the required level for the attainment of the targeted growth in GDP, given the characteristics of the country’s financial market, particularly of the commercial banks, the lagged effect and the availability of five months in this fiscal year.

Debunking the claim of moderate decline in inflation to the monetary contraction, the Unnayan Onneshan has shown the correlation between the reduction in inflation and drop in the international prices and higher domestic agricultural production.

“The claim of relative reduction in average inflation owing to the past monetary policy stance does not come with evidence and remains ideological and prescriptive,” says the report. The monetary policies have been pursued to satisfy the conditions articulated in the Memorandum of Economic and Financial Policies (MEFP) under the three reform programmes agreed with the IMF, adds the Unnayan Onneshan.

Analysing the appropriateness of contractionary monetary policy through rigorous econometric causality tests on the relationship between inflation and growth, the Unnayan Onneshan rather adds that such policy has further compromised the achievement of targeted growth against the backdrop of slump in investment.

“The evidence suggests that emphasis has to be concentrated on understanding the sources of inflation and its relationship with other complementary fiscal policies affecting growth and employment,” notes the leading think-tank.

Though the MPS takes pride in maintaining stability of external balance, the rate of growth in export is slightly increasing and is still short of the target. In the month of November 2012, total export earning was USD 1765 million against a target of USD 1990 million with a shortfall of 11.35 percent. During the last six months of the current fiscal year, the average exchange rate was Tk. 81.39, Tk. 5.49 more than that of the same time of the previous fiscal year, the report points out.

The public sector credit has increased by Tk. 75.916 billion or 6.86 percent in November, 2012 than that of November, 2011, with a propensity of fuelling inflation due to faux-pas in fiscal management, particularly arising out of rental power plants and management of subsidies, the report adds. 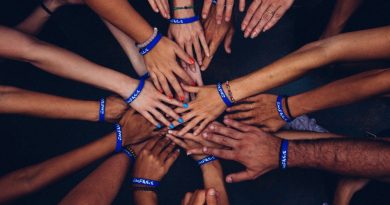 NGOexchange: A task marketplace for the NGO sector