The Wikipedia page of rocket scientist Nandini Harinath, the deputy director (Operations) for ISRO’s Mars Orbiter Mission, Mangalyaan, was taken down in March this year. “Harinath’s page was deleted on the grounds that she wasn’t popular (popularity is one of Wiki’s requirements), even though both national and international media had covered her,” says page creator and Feminism In India (FII) founder Japleen Pasricha. “If any rules are violated, debates take place and other Wikipedia editors can also delete them.”

After Pasricha made a case for it, she noticed that the page had been republished in April. This is not a rare occurrence, and sexism, it seems, won’t leave Wikipedia quickly. According to Wikimedia Foundation’s Editors Survey of 2011, women make up just nine per cent of Wikipedia’s editors. It found that about six per cent women complained of sexual harassment, but popular belief is that, “Wikipedia is not able to attract women editors since user space is highly sexualised, and often sexual innuendos drive women editors away.” Wikipedia’s ‘Systemic Bias’ page mentions that its entries have a gender bias alongside race and social class, and adds that the gender gap in its encyclopedia is not decreasing.

In Pasricha’s experience, sexism is evident in many other ways: paucity of women-centric articles, write-ups on women that are mostly stubs (defined by Wiki as articles that are too short to provide encyclopedic coverage of a subject), descriptions of women with their physical, marital or family status that may not be essential, gender-stereotyping of roles such as male nurse and female engineer and greater scrutiny of pages created by women editors or those with feminine sounding usernames.

It’s these things that Pasricha set out to change last October with the monthly ‘Wikipedia Editathons’. Every month, the FII team picks a topic and follows it up with two to three weeks of initial research to list 15 – 20 personalities in the category to create pages on. The criteria is simple: it has to be related to Indian women and ideally ones that have a low representation in media. “For instance, we recently did a page on Manpreet Kaur, a shot put gold medalist from Punjab,” says the 28-year-old.

The editathon, usually held on a Saturday in Delhi, is announced a week prior and those who sign up are sent a mail explaining the dos and don’ts and preparation points such as material to read up, creating of a Wikipedia account prior to the event and carrying their own laptops.

“There’s no selection criteria for participation, but we ensure that 70 per cent editors are women. On the day, after an hour and half of induction, each person produces one or two articles at least. My team edits them before they go up,” adds Pasricha. Sometimes they also collaborate with those having expertise in certain subjects and allow for writing in regional languages to increase representation of Indian languages. Sources must include books and news articles.

Their nine editathons have resulted in over 100 Wikipedia articles on women, as poets and authors, queer feminists, human rights activists, and on subjects such as online social movements, queer pride marches, sexual assault awareness month, and women in science, sports and politics. FII also edits existing copies to correct any kind of bias and turn stubs into holistic pieces. But getting people is not easy and many also back out last minute, but “the number has never gone below five, our minimum requirement.”

As for impact, Pasricha is rooting for “participants to take back a new skill and write and edit articles on their own. And from a larger perspective, the goal is that in any search, Indian women should show up since Wikipedia entries usually are the first to come up in search results, and it is among the most widely read encyclopedias.” 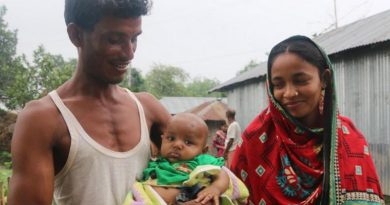