The twenty-third meeting of the Conference of Parties (COP) of the United Nations Framework Convention on Climate Change (UNFCCC) is scheduled to begin in Bonn from November 6 – under the shadow of the US pullout from the Paris Agreement.

New Delhi-based think tank Centre for Science and Environment (CSE) says the US withdrawal should be seen as an opportunity for action, and not inaction. “Over the past 25 years, the US has been an obstruction to an ambitious climate deal. Today, we are in a state of climate crises, with the world reeling from a series of climate change-induced extreme weather events. The US withdrawal should be taken as an opportunity and a call for greater and more ambitious action, and not a call for inaction,” said Chandra Bhushan, deputy director general of CSE and the head of its climate change programme.

The Bonn meeting would be the first COP after the Trump administration-effected US pullout from the Paris Agreement. Even after the pullout, the US would continue to participate in the climate talks till 2020.

“It is crucial to ensure that the US does not continue to keep the world hostage to its inaction. The rest of the world must come together to make sure the US does not obstruct or dilute the Agreement any further,” added Bhushan. Bhushan was speaking at a pre-COP23 media briefing organised here today by CSE.

At Bonn, Parties would negotiate the rules and guidelines for many provisions under the Paris Agreement, namely transparency framework, New Market Mechanism, facilitative dialogue (FD) and global stocktake (GST).

While transparency framework (monitoring and reporting of climate actions and support) and New Market Mechanism (carbon markets) are expected to be built on and/or take the learnings of similar mechanisms under the Kyoto Protocol, FD and GST are meant to assess the progress of climate actions.

Other key agenda actions include loss and damage, adaptation and finance. Finance has always been a bone of contention between developed and developing countries, with the rich countries failing to fulfill their mandate of providing finance and technology to the developing countries to address climate change.

The Green Climate Fund (GCF), to support developing countries, needs to fulfill the mandate of US $100 billion by 2020. Parties also need to come up with clearly defined guidelines on how to report on adaptation actions domestically. At the end of the Summit, Parties must come up with a draft rule book to be finalised by 2018, as per the mandate.

“It is crucial that the rule book for implementation of Paris Agreement be fair, effective, strong and equitable and under no circumstances should the global community allow the US to dilute the Paris Agreement further,” said Vijeta Rattani, climate analyst, CSE.

Climate impacts: rising and unprecedented
According to recently published research, in 2016, CO2 concentration in the earth’s atmosphere was 403 parts per million (ppm), the highest ever. 2016 was also the warmest year on record. The developing world has been the worst hit. In the list of top 10 countries representing the global vulnerability index, nine were from the developing world, indicating their limited capability and capacity to withstand climate fury.

This year, India had a below-normal monsoon, with central India facing severe droughts. On an average, climate impacts cause a loss of about 1.5 per cent every year in the GDP in India. The South Asian floods in August this year in India, Nepal and Bangladesh left 1,200 dead. Developed countries have not been immune either — in the US alone, 15 weather and climate disaster events in 2017 caused losses exceeding US $1 billion each.

The UN Emissions Gap Report 2017 (http://www.indiaenvironmentportal.org.in/
content/448716/the-emissions-gap-report-2017/), which was released recently, warns that the emissions gap needs to be closed by 2030. If the world fails to do that, limiting the temperature rise to the 2 degree Celsius target, as endorsed in the Paris Agreement, seems highly unlikely.

“Considering that the poor are the biggest sufferers of the impacts of climate change, it is ironical that issues central to developing countries such as adaptation, loss and damage and agriculture are highly marginalised at COP and fails to draw finance from developed countries. India, itself a victim of climate impacts, must shift its negotiating strategy to focus on real issues that affect its own people,” said Rattani.

Even though climate change requires global efforts, the burden of addressing climate change cannot continue to be on developing countries. “Urgent and ambitious climate action is needed but it needs to be equitable and other developed countries of G-20 must come forward and set a positive tone,” said Chandra Bhushan. 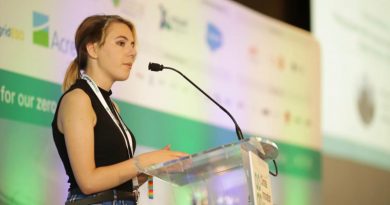 UNFCCC Secretariat Calls for Urgent Climate Action in the UK 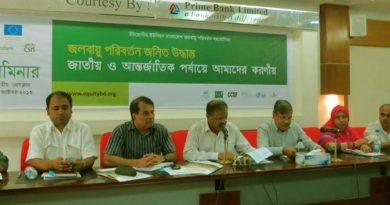