BRAC is an international development organisation based in Bangladesh. It is the largest non-governmental development organisation in the world. The new rankings include several notable organisations. The Skoll Foundation, a social entrepreneurship foundation based in Palo Alto, California, claimed the third spot, and Médecins Sans Frontières, also known as Doctors Without Borders, the number two. The Danish Refugee Council and Oxfam rounded out the rankings in the fourth and fifth spot, respectively. Last year, BRAC was ranked number two, after initially taking the first place spot two years ago.

Known formerly as the Bangladesh Rehabilitation Assistance Committee and then as the Bangladesh Rural Advancement Committee and now Building Resources Across Communities, BRAC was initiated in 1972 by Sir Fazlé Hasan Abed at Shallah Upazillah in the district of Sunamganj as a small-scale relief and rehabilitation project to help returning war refugees after the Bangladesh Liberation War of 1971. In nine months, 14 thousand homes were rebuilt as part of the relief effort and several hundred boats were built for the fishermen. Medical centres were opened and other essential services were ensured.

BRAC is an international development organisation dedicated to spreading solutions to poverty worldwide. It is ranked the number one NGO in the world by the Geneva-based NGO Advisor, an independent media organisation committed to highlighting innovation, impact and governance in the non-profit sector. BRAC clinched the top spot as part of the 2016 Top 500 NGOs World rankings. Of more than 500 organisations worldwide, NGO Advisor placed BRAC first in its international category, based on its impact, innovation and sustainability. BRAC was praised for its holistic approach to fighting poverty, treating it as a system of interrelated barriers that must be addressed concurrently. The ranking also highlighted the organisation’s history of designing and implementing solutions at scale.

BRAC, formerly Bangladesh Rural Advancement Committee, was founded in Bangladesh in 1972, and today is a global leader in creating opportunities at scale as a means to end poverty. It is the world’s largest non-governmental development organisation, touching the lives of an estimated 138 million people in 12 countries using a wide array of tools such as microfinance, education, healthcare, legal rights training and more to create opportunities for people most in need.

From the perspective of our ranking 165 criteria covering our three main pillars of interest – impact, innovation and sustainability – BRAC ticks every box with extra scoring this year due to clarity of its strategic vision for the next five years and its willingness to expand its international outreach. A member of the era-defining 1970s wave of Bangladeshi microcredit and microfinance pioneers, alongside the Grameen Bank and ASA, BRAC has since gone on to outpace its old counterparts and assume an unparalleled position in the crowded field of international development. While still involved in the microfinance space, the organization has carefully, but steadily, diversified into a wide suite of activities, from agriculture and food security to education, legal aid, climate change risk reduction, livelihoods support and maternal and child health. Rather than spreading BRAC’s resources too thin, this strategy has instead remained faithful to founder Sir Fazle Hasan Abed’s vision of a holistic, sustainable approach to poverty reduction. Indeed, BRAC is in a unique position to use its microfinance base as a social platform to deliver innovative scaled up services aligned to a principled, rights-based philosophy. 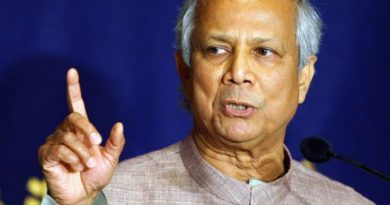 Hernández: ‘We are still standing and we make our voices heard’