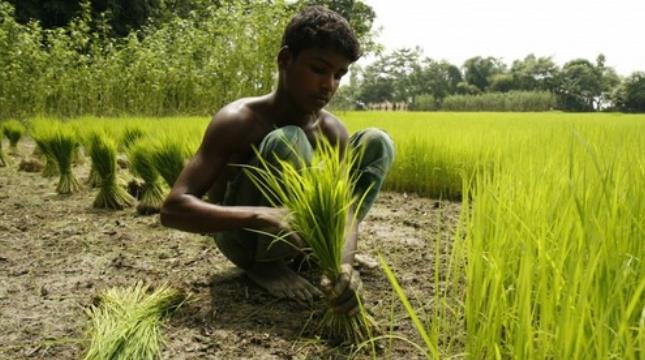 Here it is not like the fanfare in MC Hong Kong in 2005 where there were more than 1000 registered NGO (non government organization) observers and here it is only 650. While the former DG Pascal Lamy left with frustration, the present DG Roberto Azevedo is trying to give a good start and already he expressed his intention to have a successful completion of Doha Development Round. But there are some major contentious issues between the developing and developed countries that seem the members have to pass through hard times and the question arises, is the WTO Bali Ministerial able to deliver?

A major contentious issue is the food security vs. peace clause.  India passed a law and is going to lunch a huge public food distribution system for the millions of poor people. US and other developed countries have already opposed it blaming that it will distort the market as it is fallen in amber box subsidy. Lot of US food and grain exporter groups are lobbying to stop India to give such subsidy. Most of the developed countries already supporting US position, ironically Pakistan too being a developing country.  On the other hand 33 countries, mostly developing countries has already supported Indian position and urged for food security issue in WTO agreement. But to make a compromise formula, WTO DG tables a peace clause i.e. not to discuss the issue at least for the next four years. Most of the developing countries are taking position on the ‘Food Security’ should not be considered as a trade distorting issue. It should be considered rather as a green box subsidy.  They, therefore, demand a permanent solution instead of considering this temporary formula of peace clause.

The other contentious issue is the trade facilitation (TF) agreement. In fact, it is the demand from the developed countries that the countries need to modernize the custom and other related infrastructure to facilitate more import and export. But this is not a priority issue for the developing countries especially least developed countries (LDC) as they have the development issue in priority for investment. LDC has already demanded that they can only accept it if they get financial assistance.

LDC Ministers have had a meeting yesterday where they have reaffirmed their common position, which they might declare on 4th December in the conference venue.  They have reiterated there demand on (i) duty free quota free access for their goods, (ii) preferential rules of origin, (iii) withdrawal of cotton subsidy in the developed countries, (iv) no obligation to trade facilitation binding if there is no financial assistance, and assurance for special and differential treatment. And there is also a renewed demand for the TRIPs (trade related intellectual property rights’) waiver and trade for aid or technical assistance.

There are favorable conditions for LDC issues but it might be caught up between the row of food security and peace clause issue.