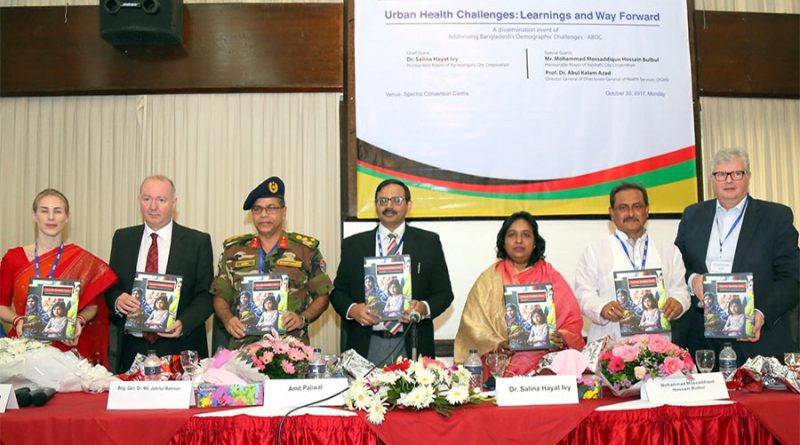 In her address as the Chief Guest, Honourable Mayor Dr. Ivy thanked GIZ and EPOS for being a constant support for the last five years and earlier through other projects and for organising this event. She also said, “Although this project is coming to an end, it is a great starting point for us as this project has helped us identify the health challenges in health sector, especially at the slums, within the hospitals and at the overall governance level. It is true that Bangladesh is rapidly urbanising and at times it is difficult for us to cope with such rapid urbanisation. With help from donor organisations such as GIZ we are able to keep up with the challenges of rapid urbanisation and this inspires us to work better.”

The speeches of Chief Guest and Special Guests were followed by a book launch event of ABDC photobook titled ‘Towards Healthier Lives’. This photo documentary captures the essence of the project’s work in the last five years.

ABDC is being implemented in the urban areas of Sylhet, Rajshahi and Narayanganj City Corporations since 2012 and the project will successfully close on December 2017. In this regard, the project organised the day-long dissemination event for partners in the health sector.

During the 5-years of implementation, the project’s aim was to improve health seeking behaviour and access of urban slum population to quality reproductive healthcare services among low-income population of Sylhet, Rajshahi and Narayanganj cities. For this, the project worked with government health institutions and health facilities to improve the practical pre and in-service training for maternity care through knowledge and skill development of individuals and institutions, while also introducing 5S-Kaizen and Quality Standards into the maternity wards to enhance quality of service.

The project worked with the urban slum population to improve health seeking behaviour by enhancing knowledge on Sexual and Reproductive Health and Rights (SRHR) amongst women in child bearing age and adolescent boys and girls. To integrate all these together for holistic healthcare services, the project worked with the City Corporations to build systems and capacities of urban local bodies and health centres for improved quality of data and evidence-based decision-making. 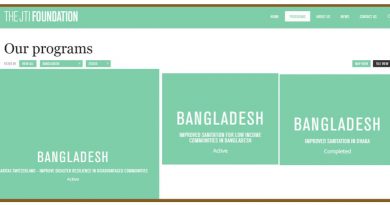