“The policy adjustment should be calibrated to the recovery by augmenting aggregate demand through harmonisation of public and private investment. This is best done by addressing structural rather than cyclical constraints,” suggests the organisation’s pre-budget annual publication entitled “Exigency or Expediency? State of Bangladesh Economy and Development, 2012-2013.”

The leading think-tank reveals that the economy will slide down for the second consecutive year than that of the previous year. The Unnayan Onneshan forecast of 5.75 per cent and the primary estimate of 6.02 per cent by the Bangladesh Bureau of Statistics (BBS) against the target of 7.2 per cent are below the decadal average rate of growth of 6.16 percent. The provisionally estimated GDP growth rate in the preceding year of 2011-12 was 6.32 per cent, which was less than 0.39 per cent of 2010-11.

Besides, the country has pursued non-evidence-based policies prescribed by the International Monetary Fund (IMF) at a cost of its policy sovereignty and the economy has contracted, adds the organisation.

Referring to budget deficit, the Unnayan Onneshan observes that the fiscal policy needs to make a radical shift in the composition of the fiscal deficit from consumption such as paying for rents to quick rental power plants to addressing supply-side bottlenecks through public investment in infrastructure. The increased public infrastructure investment will ensue fiscal multipliers and crowd in private investment, unlike the current consumption based fiscal deficit, which has been crowding out private investment demand. The budget deficit for FY 2012-13 is estimated to be Tk.52068 crore, which may surpass the targeted 5.0 percent of the GDP.

The organisation has proposed for structural reforms in the areas of net, burden, avoidance and evasion of taxes in the backdrop of missed target in revenue collection. The collection, between July-March of the present fiscal year, has experienced a deficit of Tk. 4783 crore, with an actual collection of Tk. 73217 crore against the target of Tk. 78000 crore for this period.

The research organisation identifies four major challenges in the monetary sector: high inflation, high interest rate spread, slow credit growth and slow progress in financial inclusion. Even after adopting a contractionary monetary policy, inflation amounted to 8.00 percent in March 2013, while domestic credit growth recorded a slower growth of 7.03 percent during July-March, FY 2012-13 against 12.88 percent in the corresponding period of FY 2011-12. This is compounded by heightened rise in non-performing loans and misdemeanours in regulatory oversights in the banking sector while capital market continues depressed with erosion in confidence.

As regards the external sector, the Unnayan Onneshan finds that deteriorating terms of trade, negative import growth of capital machinery, missing of export target and increased exposure to high interest bearing short-term foreign borrowing have repercussions on the economy. The collapse of a factory building has also subjected the country’s top export earner, the garment sector, to renewed pressure.

In the labour market, the formal sector has long been shrinking. Total civilian labour force has grown by 23.32 percent between 2002-03 and 2010, whereas the size of the formal sector has decreased by a massive 26.09 percent. Moreover, the problem of disguised unemployment remains as severe as ever, observes the leading think-tank.

The research organization suggests for adopting structural reforms to develop the real economy for generation of decent employment in line with its comparative advantage. 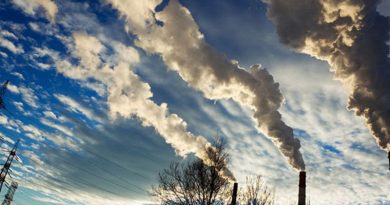 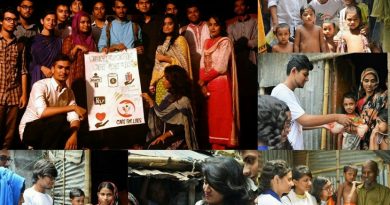