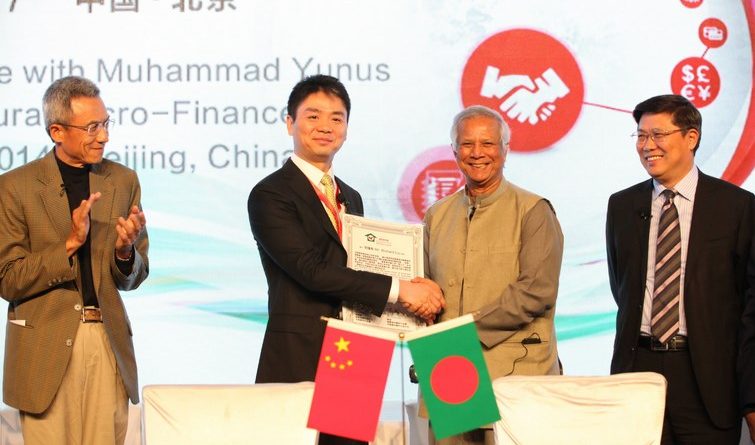 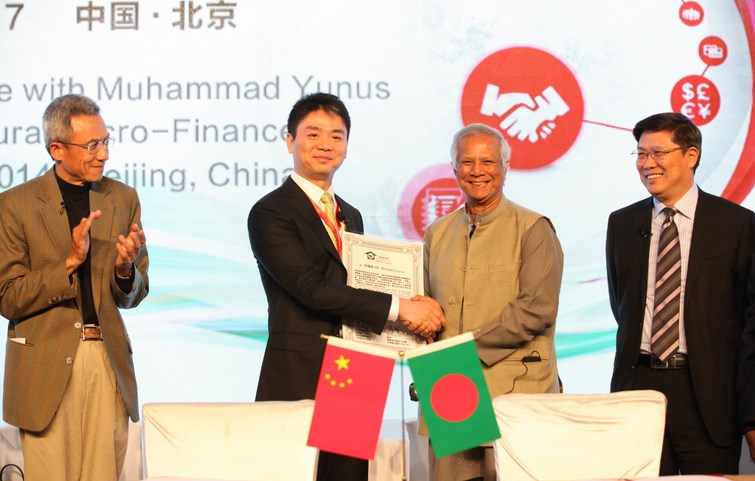 NGO News Report :: Nobel Laureate Professor Muhammad Yunus visited China from 15 December to 19 December 2015. He was invited to launch Grameen China and attend a number of high-level events organized by the Chinese Association of Microfinance (CAM).

On December 15, Professor Yunus was the chief guest  at the  annual microcredit conference organized by CAM which was attended by 700 microcredit practioners, academics, policy makers, company executives, students among others.

Afterwards Professor Yunus had a high level meeting with Madam Wu  who was former Deputy Governor of the Central Bank and is now the Chairman of the People’s Congress Committee on Rural Finance Office at the Central Bank of  China to discuss about finance for the poor in China at her office in the Central Bank.

He was also the guest of the Chinese Foundation for Poverty Allevation which has been promoting Grameen style microcredit programs in China for 20 years.

Professor Yunus was invited to join hands to launch a collaborative program with two important partners. This was proposed by Mr Arthur Cao of Tencent, owner of fifth largest internet company in the world (after Google, Amazon, Alibaba, and e-Bay), which also owns WeChat, the biggest internet search engine in China,  now owns a new bank called  WeBank.

He requested Yunus Centre  to join hands with Tencents and   Dr Sun Xuetao, Secretary of Longnan Municipal Committee of the  Communist Party of China and Mayor of the City, under Gansu Province. They discussed the outline of a collaboration among Tencent, City of Longnan and Yunus Centre for social business and microcredit initiatives in the city. If it works, Tencent can take this collaboration to other cities, counties, and provinces.

Professor Yunus gave a public lecture to  an audience of 800  at Peking University, where Professor Yunus is a Visiting Professor, on the potential of social business to transform societies.

On December 17, Professor Yunus officially launched Grameen China which will implement both microcredit and social business in China.

Grameen China will consist of two programmes, one operating microcredit program and another devoted to establishing social businesses. It will also organize an annual Social Business Forum China bringing together people from different sectors interested in social business in the vast country.

Professor Yunus and Richard Liu, founder and Chairman of JD.com which is leading direct sales e-commerce company in China and is the 11th largest internet company in the world with a market cap of US$ 36 billion dollars, both joined the signing ceremony of collaboration agreement between Grameen China and JD.com.  JD.com will used its JD Finance platform  to generate crowd funding to finance the operations of Grameen China. Mr Liu, the company’s chairman, is among the ten richest individuals in China.

Shortly after the launch of Grameen China in Beijing, Professor Yunus travelled by bullet train to Lukou Village in Jiangsu Province in the South of China more than 1000 kilometers from Beijing to see the operations of Grameen China on the ground. Grameen has initiated a microcredit program in Lukou under direction of experienced staff from Bangladesh. Professor Yunus was warmly received by the villagers on his arrival. In his trip from Beijing he was accompanied by a group of 15 Journalists and several leading personalities in poverty alleviation in China. They held a workshop with the villagers moderated by a famous TV personality Professor Huang Han. One major issue that emerged during the workshop was that of the problem of young men leaving villages to go to cities attracted by higher income in the cities. Villages are left to older people and women with children. Participants discussed about the creation of social businesses in the villages generating attractive income for young people. 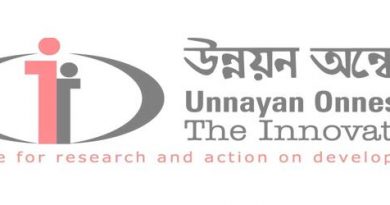