In this regard, on 11th March 2015, GIZ provided equipment to support the Bangladesh Fire Service and Civil Defence to establish the MFB –micro extinguishing systems, hydraulic cutters and spreaders. A specialised vehicle with high power pump and specialized equipmentwill be provided later as well.

Capacity building training will also be provided to the fire fighters of Bangladesh Fire Service and Civil Defenceby experts Mr. Simon Joachim Friz and Mr. Jan Thomas Hargus from the Fire Brigade of Bonn (Germany), on the use of the equipment. The trainings are complementary to the ILO RMG Project’s fire prevention courses for workers and management in factories, conducted in line with international standards.

Providing emergency services in a timely manner becomes difficult due to the locations of the existing factories, where narrow roads and heavy traffic are barriers for fire trucks. In this regards, establishment of the Mini-Fire Brigade will be an important step forward.

Professional skills of the highest standards are very important for fire fighters in Bangladesh, whose capabilities are being closely watched in the wake of recent tragedies. He welcomed GIZ’s initiative to facilitate the MFB and train the firefighters, and expressed his appreciation for Germany’s support.

For the MFB, the Bangladesh Fire Service and Civil Defence will provide full-time firefighters and ensure adequate training for all full-time and voluntary members, in cooperation with German firefighting experts. As the private project partner, DBL will provide land for the establishment of an MFB. It will also set up the infrastructure with parking spot for at least one roofed vehicle and a station building.

Mr Magnus Schmid, Programme Coordinator of Promotion of Social and Environmental Standards in the Industry (PSES), a joint project of the governments of Bangladesh and Germany, implemented by GIZ, shared, “To sustain the garments industry, workplace safety has to be addressed. In addition to the existing fire services, a Mini-Fire Brigade (MFB) could contribute to improved building and fire safety in the industry. The initiative has already been recognised globally.”

Mr Olaf Handloegten, former Country Director of GIZ Bangladesh and Head of Global Initiative on Disaster Risk Management (GIDRM), implemented by GIZ, shared, “Staffed 24 hours a day, the response time of the Mini Fire Brigade will be within the critical 10-15 minutes after the incident, within an operational range of about one kilometer. For the industrial sector, this is a very crucial and timely addition to the existing strength of the fire-fighting units.”

The MFB concept and the pilot project have been developed within the framework of GIDRM, in close cooperation with PSES. 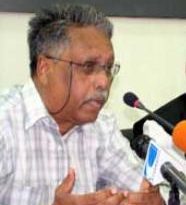