NGO News Desk ::When policymakers think of innovation they tend to think of laboratories or the spaces where designers and engineers create solutions to pressing problems. But this ignores a more longstanding and widespread form of innovation.

Communities that live close to nature continually create innovative approaches in farming and other sectors by building on knowledge and practices refined over generations. For instance, farmers around the world experiment with local crops to develop varieties that cope better with drought or pests.

This kind of innovation does not fit easily into policy frameworks. But its value will grow as the climate changes and population increases bring more mouths to feed.

Yet the biological and cultural diversity this innovation depends on is in steep decline. And modern systems of farming threaten to swamp traditional innovation. Now more than ever, it needs to be recognised and protected.

The good news is that the nearly 200 governments that are party to the UN Convention on Biological Diversity (CBD) have already pledged to respect, preserve and maintain traditional knowledge, innovations and practices, under Article 8(j) of the convention.

The bad news is that although this pledge came over 20 years ago, traditional knowledge, innovations and practices are still in decline.

Governments have made some progress in protecting rights over traditional knowledge —such as people’s knowledge of how certain plant extracts can treat specific diseases — and the CBD has developed guidance on this. But governments have not done much to prevent the actual innovation systems from being weakened and lost.

One reason is the difficulty in defining dynamic innovation systems that link current and past experience, land, livelihoods and cultural values. Another is that agricultural policy makers and scientists tend to see traditional production and innovation systems as ‘backward’, offering little value to national economies.

To address this, the International Institute for Environment and Development, and partners in China, India, Kenya and Peru, are working on a Smallholder Innovation for Resilience programme (SIFOR), researching local innovation systems together with practical tools and approaches that can strengthen them. These systems include community seed registers, biocultural protocols and participatory plant breeding. [1]

We will present our latest findings at this month’s CBD meeting (in Montreal, 7–11 October), with our working definition of ‘biocultural heritage innovation’. This should help to guide policymakers who want to develop systems and approaches to protect and maintain traditional knowledge, innovations and practices.

SIFOR has also identified specific innovations that indigenous farmers have developed to adapt to changing climate, such as adding calcium carbonate to soil around potatoes (for frost resistance), planting different maize varieties to reduce the risk of relying on single species, re-introducing neglected traditional varieties, and domesticating wild species.

The project links farmers with scientists to further improve these local innovations. Peru’s Potato Park is an example of how these links can work. Local communities there developed a system to conserve thousands of potato varieties, share the benefits locally, and also negotiate broader access and benefit-sharing agreements with scientists at the International Potato Centre.

Our research shows how scientific recognition and joint innovation can be a powerful stimulus for revitalising local innovation. Respect for traditional values and beliefs on both sides is crucial.

The current top-down approach of investing heavily in scientific innovation but ignoring small-scale farmers  not only misses the risks to farming communities’ stock of knowledge, built up over generations, but also actively erodes farmers’ ability to adapt to climate challenges. Instead, they become mere recipients of external innovations.

This is especially problematic given the way that modern agriculture has eliminated the vast majority of crop diversity from our plates in little more than a century. According to the UN Food and Agriculture Organization, only about 30 crops now provide 95 per cent of the human diet.

Governments need to recognise that innovation by farmers is key for food security — it is as important as scientific innovation. This means they need to invest in systems that support, encourage and protect the innovation that happens in farmers’ fields and in partnership with scientists.

One step would be to legally recognise more indigenous biocultural heritage areas — such as the Potato Park — and protect them as centres of innovation with secure land rights. In such areas, farmers can work jointly and equitably with scientists to improve local, but also global, food security by enriching the genetic basis for crop breeding, and developing new resilient crop varieties.

Smallholders’ fields, and the women and men who work them, are among the last refuges and guardians for what remains of the world’s crop diversity. Conventional seed banks may store samples of many of the world crops, but the fields are living laboratories in which an army of innovators works daily. They need government and scientific recognition and support. 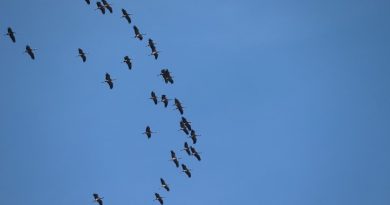 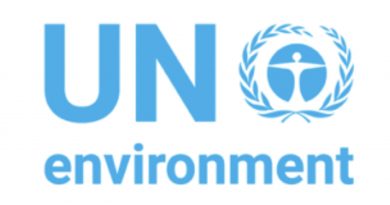