NGO News Report :: After the Rana Plaza building collapse on 24 April 2013, the German Development Cooperation (GDC) made funds available for the rehabilitation of the survivors and family members of the deceased ready-made garment (RMG) workers who worked in the building. Deutsche Gesellschaft für Internationale Zusammenarbeit (GIZ) GmbH, on behalf of GDC, worked with the Bangladeshi government and private partners to implement the rehabilitation work.

On 23 April 2015, GIZ joined forces with the Centre for the Rehabilitation for the Paralysed (CRP) to commemorate the second anniversary of the Rana Plaza building collapse, at the CRP premises in Mirpur, Dhaka. During the event, Guest of Honour, His Excellency Dr Thomas Prinz, Ambassador of the Federal Republic of Germany to the People’s Republic of Bangladesh, reiterated Germany’s long-term commitment to the development of Bangladesh – “The German Government has supported more than 500 people who were affected by the building collapse. However, in dealing with the tragedy, we have learned an important lesson: to include people with disabilities is not a temporary, incident-driven task. It is a continuous process”.

Mr Reaz Bin Mahmood, Vice President, Bangladesh Garment Manufacturers and Exporters Association (BGMEA) stated, “People with disabilities are not disabled, rather they are differently-abled. If they are provided with little cooperation, they can be an asset to our economy and society.” He also added, “Skilled workforce can be a key for BGMEA to reach the target of USD 50 billion exports by 2021.”

Dr Valerie Taylor, the founder of CRP, emphasised the need to learn from the past, make the most of the present, and plan ahead for the future, ensuring as far as is humanly possible that such a disaster is never repeated.

After a panel discussion with the survivors, Dr Valerie Taylor inaugurated an exhibition with trained entrepreneurs who were affected by the Rana Plaza incident. Representatives from CRP’s Prosthetics and Orthotics Department and different vocational and inclusive training initiatives then discussed their experiences. 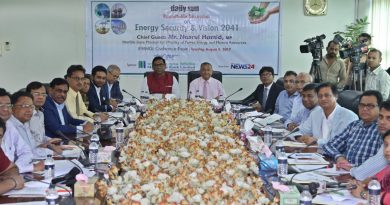 No new power, gas connection to units outside industrial zones 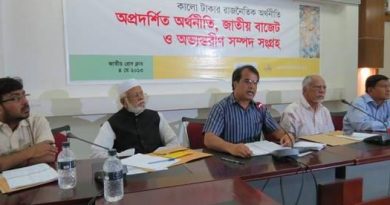 Political Commitment is a Must to Stop Sources of Black Money