NGO News Report :: The 71st Social Business Design Lab organized by Yunus Centre took place on 16 April 2015 at the Grameen Bank Bhaban. The half day long program was chaired by Nobel Laureate Professor Muhammad Yunus, and brought together more than 130 participations from Bangladesh and abroad coming from diverse backgrounds.

Professor Yunus welcomed the participants to the Lab and updated the audience that 885 social business projects had been presented in the 70 labs organized to date since January 2013, of which 860 had been approved for investment, most of which were already in operation. He said that we would soon cross the 1000 invested projects mark.

The businesses presented were Choa Boutiques by Ms Mafia Parvin making embroidered and applique bedspreads and covers ; Taslima Shoes by Md Al Amin producing fancy footwear; Najnin Handicraft by Ms Najnin producing creative and colorful beaded, cloth and a variety of other handicrafts; Shahed Decorator by Ms Poly Begum; Forhan Cow Fattening Farm by Md Forhan Firoz Rony and Khuku Mudi Store by Ms Khuku Rani.Ms Khuku Rani came from Thakurgaon and belongs to minority community in that region. She began her business with Tk 2000 and that has grown to Tk 83,000 through her own efforts. Investment from Grameen’s social business fund would add another Tk 1.5 lakhs to her business. Ms Poly Begum’s business was unusual in that decorator business is traditionally run by men.

Their presentations provided details of their business plans, details of the investment needed, monthly and annual profits, break even point for the business, and payback period of their investment. The projects were discussed in detail in plenary and in group discussions. All six were approved for investment through social business fund.

At the end of the event, Professor Muhammad Yunus noted that it was very good progress that nearly 900 new social businesses projects had been launched in the two years since the start of the Social Business Design Lab in January 2013. He said that the vast majority of them were Nobin Udyokta projects where the young people running the businesses had undertaken that they would not be job-seekers, rather they would be job-givers, providing employment for themselves but also for others in their communities, which was an invaluable contribution to the national economy.

Professor Yunus invited everyone to attend the annual Social Business Day celebration which would take place in 2015 on 28 May. Each year, this day brings together Social Business practitioners from around the world. Last year 1100 participants from 30 countries attended this event.

‘Bangladesh labour market in Qatar not to be affected’ 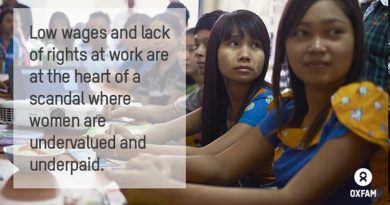