NGO News Report :: To deal with the issue of reoffending among ex-prisoners, the Prison Directorate of Bangladesh has taken initiatives to establish a rehabilitation and reintegration system. According to the motto of the Prison Directorate – “Rakhibo Nirapod, Dekhabo Alor Poth,” which translates to “Will keep them safe, will show them the path of light,” initiatives have been taken to empower the prisoners with employable skills.

To create employment opportunities for released prisoners by providing them with various marketable skills, a public-private collaboration has been initiated by the Prison Directorate under the Improvement of the Real Situation of Overcrowding in Prisons in Bangladesh (IRSOP) project. IRSOP is a joint project of the Ministry of Home Affairs and Deutsche Gesellschaft für Internationale Zusammenarbeit (GIZ) GmbH. GIZ implements the project on behalf of the German Federal Ministry for Economic Cooperation and Development (BMZ) and the UK government.

As a part of this initiative, the training on “Electrical and House Wiring” was provided to 22 male prisoners in Kashimpur Central Jail Part-1 between 16 April and 21 June, 2015. The training was initiated by the Prison Directorate and was conducted by Dhaka Ahsania Mission. GIZ provided technical support for this training. The certificate-giving ceremony for this training was held on 13 July 2015 at Kashimpur Central Jail Part 1.

One of the trainees mentioned that, “This training will definitely keep us away from frustrations. Personally, I had some skills but there was no proof of that. But I have a certificate now, which means a lot to me.”

Brigadier General Syed Iftekhar Uddin emphasised that, “Electrical and house wiring training has great demand everywhere. I hope all the trainees will utilise this training with self-confidence and will turn into successful entrepreneurs. We are planning to provide more training on skills that have demand in our country as well as abroad, in cooperation with GIZ and Dhaka Ahsania Mission. This is how we want to turn prisons to correction centres across the nation.” 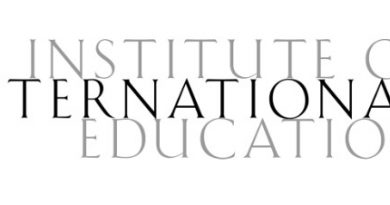