NGO News Report :: “Moccasin Shoe Stitching” training for prisoners at Kashimpur Central Jail Part 2. The Prison Directorate of Bangladesh has taken initiatives for the rehabilitation and reintegration of prisoners back into society through skills development training as a strategy to reduce re-offending among released prisoners. In accordance to the motto of the Prison Directorate “Rakhibo Nirapod, Dekhabo Alor Poth” (“We will keep them safe, and will show them the path of light”), initiatives have been taken to train prisoners with technical skills.

To create employment opportunities for released prisoners by providing them with various marketable skills to increase their opportunities for employability, a public-private collaboration has been initiated by the Prison Directorate on behalf of the Ministry of Home Affairs and Deutsche Gesellschaft für Internationale Zusammenarbeit (GIZ) GmbH on behalf of the German Federal Ministry for Economic Cooperation and Development (BMZ), and UK Department for International Development (DFID).

As a part of this initiative, the first-ever training course on “Moccasin Shoe Stitching” was launched where 21prisoners have successfully completed their training on 10 August 2015. The training was initiated by the Prison Directorate and conducted by the Center of Excellence for Leather (COEL) Skill Bangladesh Ltd. in coordination with Dhaka Ahsania Mission. GIZ provided the technical support for this training. The certificate-giving ceremony was held on 27 August 2015 at Kashimpur Central Jail Part 2.

“Historically, prison was considered to be a place mainly for punishment, today prison has gradually transferred into place for rehabilitation ” -said the Senior Secretary, Ministry of Home Affairs,Dr. Md. Mozammel Haque Khan, during his speech at the certificate-giving ceremony. He also expressed that this training will provide the prisoners with capacity of not only finding a job after release but will also help them to be self-employed.

One of the trainees shared his enthusiasm about the artful nature of the training and mentioned,“the helplessness of returning to the society without a means of living use to make me very depressed, but not anymore. Now after receiving this training I know I can get a job in a shoe making company or be self-employed after release.”

Fire and Safety Training in GIZ 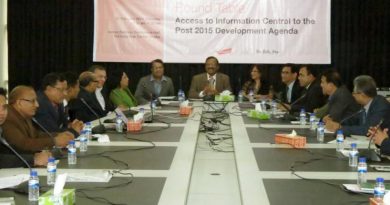 Civil society demands the inclusion of access to information 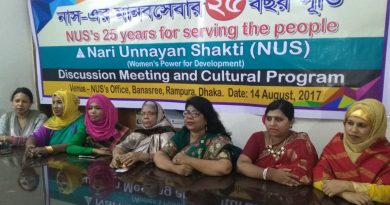